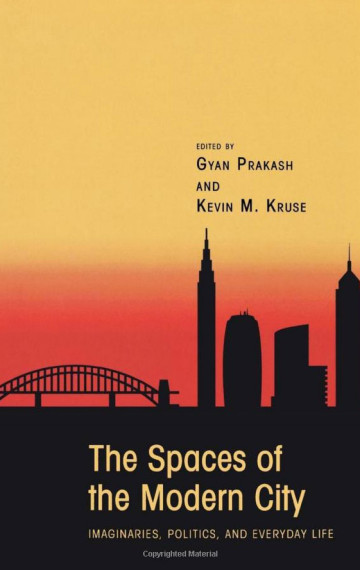 By United Nations estimates, 60 percent of the world’s population will be urban by 2030. With the increasing speed of urbanization, especially in the developing world, scholars are now rethinking standard concepts and histories of modern cities. The Spaces of the Modern City historicizes the contemporary discussion of urbanism, highlighting the local and global breadth of the city landscape.

This interdisciplinary collection examines how the city develops in the interactions of space and imagination. The essays focus on issues such as street design in Vienna, the motion picture industry in Los Angeles, architecture in Marseilles and Algiers, and the kaleidoscopic paradox of post-apartheid Johannesburg. They explore the nature of spatial politics, examining the disparate worlds of eighteenth-century Baghdad, nineteenth-century Morelia, Cold War-era West Berlin, and postwar Los Angeles. They also show the meaning of everyday spaces to urban life, illuminating issues such as crime in metropolitan London, youth culture in Dakar, “memory projects” in Tokyo, and Bombay cinema. Informed by a range of theoretical writings, this collection offers a fresh and truly global perspective on the nature of the modern city.